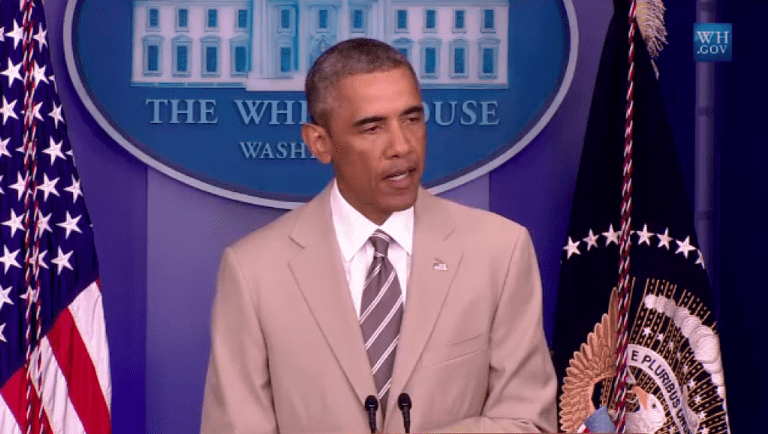 The quest for authenticity runs through a candidate’s wardrobe. Style is a nonverbal way of communicating who you are and is particularly important when introducing yourself to voters on the trail.

If you can put yourself together to achieve goals, then others will subconsciously instill confidence in you that you will be able to do the same for them. The ability to relate to your audience, both through verbal and non-verbal queues, will dramatically increase your chances of moving into that coveted legislative seat or executive office.

We all know the adage, “dress for the job you want, not the one you have.” But many officeholders and candidates are perpetually running—either for the job they have or the one they want next. So what’s the dress code for politics at the start of 2020?

The short answer is: It varies. In fact, there’s a time and place for every outfit (even T-shirts). Dressing the part is just one small piece of your campaign marketing strategy. You’ll want to have this mastered early on so you can focus on the larger issues.

Next time you’re dressing up for a speech, dressing down for a parade, or simply attending a salon dinner, consider these tips on personal style that will elevate your brand and help you relate to your audience for campaign success.

The level of office you decide to run for will determine the need for your clothing’s versatility. The smaller the office, the more likely its constituency will be homogenous. For example, if the district is rural, most of the voters are likely to be farmers or hold agricultural-related jobs. The likelihood that one needs formal evening wear is low. Likewise, if the campaign boundaries are all urban and affluent, one should be ready to wear high-quality suits on a regular basis.

As Americans continue to move from rural to urban areas, the populations that elected officials serve will become more diverse and include people from all walks of life. Let’s go back to authenticity, any politician who tries to be all things to all people is likely to fail. Developing transitional pieces in your wardrobe, ones that transcend socioeconomic status, among other demographic differences is key.

For instance, a navy suit jacket can be dressed down with jeans and a blue collar oxford shirt and be dressed up with a sweater or suit. For men, the ultimate staple will be the navy suit. While boring in style, it’s worn by presidents year round and commands respect around the world. For women, it will be a well-fitted, tailored sheath dress.

While blue and red power ties will always be the default, don’t be afraid to branch out. But lighter colors generally aren’t indicators of power, especially when giving a press conference or speech.

Authenticity is key on the campaign trail.

You’re running a campaign because you have certain beliefs and want to change your corner of the world because of them. Represent your values by wearing pieces that proclaim who you are and the area you come from. The most basic way to do this is understanding the nation regionally.

The East Coast is where imports of textiles started, so wearing the newest thing from Milan or Paris is common among New Yorkers. The South is steeped in many traditions where dressing up is a sign of respect. It’s the only place in the country where you’ll see women wearing dresses to a Friday night football game. On the West Coast, the near-perfect weather year-round has pivoted folks into beach oriented and more relaxed attire. Lastly, the Midwest is heavily into agricultural and industrial traditions. The rise and fall of those economies led to frugality and conservatism when it comes to dress. Such regional themes are overarching but not prescriptive.

While some folks in Africa and the Middle East adhere to traditions that go back hundreds of years, the West has embraced the modern suit as a symbol of power and accomplishment for both men and women.

But if said modern suit or dress isn’t right for your body type, then the look of power turns into the look of sloppiness. You should know your body before your dress it: what size, shape, and colors that compliment your skin tone. Your outfit should highlight your body’s assets while simultaneously minimizing what you may not like about yourself. Dark colors always offer a slimming effect. Black is common, but in power suiting, navy is often more popular due to its versatility with other colors.

Color, texture, pattern, shine all exist in an outfit (or should).

When dressing more business casual, outside of professional dress, most outfits should contain some main components: color, texture, pattern, and shine. Show your authenticity in your clothes.

Be versatile in the color of your top, the pattern of your tie (or pants), the texture of your jacket, and shine of a necklace (or watch). If you want to maintain a tailored look, but are feeling a bit adventurous, add an accent like a bright colored lipstick or boldly printed tie, heels, glasses, or watch. These components offer a more visually dynamic and appealing look when combined and done right.

If you’re joining the race, you must have the tools to win. Tailored clothing is one of them. A well-fitted suit or dress goes a long way in the eyes of onlookers and doesn’t always have to be expensive. Well-fitted clothing boasts that you respect your audience and are aware of your image. When you look polished, people reciprocate respect and confidence in your beliefs and your ability to represent them well.

When looking at the last 100 years in American fashion, fit has flowed between the subjective terms of tight and loose. For instance, the 1980s and current period are times of skin-tight garments, but the 1930s and 1990s were as baggy as can be. Wear what is comfortable, not what is deemed to be the trend of the moment. If you don’t feel relaxed in a garment, you won’t wear it. Your clothes serve as the day to day battle armor of the campaign trail but they shouldn’t feel like it.

Stand out, but in a positive way.

People won’t remember your campaign’s issue areas or all your accomplishments if you consistently bring negative attention to yourself. Try to dress one notch above the rest and that doesn’t mean in a formal way.

A little extra effort goes a long way, but don’t overthink and overshoot the crowd. An extreme example to illustrate this point would be to wear a tuxedo at a two-year-old’s birthday party outside in the summer. It’s a bit overkill and you’ll be remembered, but for all the wrong reasons.

As best selling author Tim Ferris has stated, “Personal branding is about managing your name, even if you don’t own a business, in a world of misinformation, disinformation, and semi-permanent Google records.” Live, and manage, your brand authentically throughout your campaign. And remember, personal style is an essential component of that.

Leah Whetstone serves as the Community Growth Manager at America’s Future Foundation and owns a DC-based wardrobe consulting company, Life, Styled. Previously, she worked in external relations for a non-profit and in marketing at a food development start-up, coordinating marketing initiatives with KitchenAid and Nordstrom.

Robert Ordway is a legislative assistant with Sen. Mike Braun (R-Ind.), and owner of Capitol Hill Clothiers. He worked for the Indiana House Republican Campaign Committee (HRCC) in 2010 and Senate Majority Campaign Committee (SMCC) in 2012. In 2015, he was a candidate for the Valparaiso City Council.