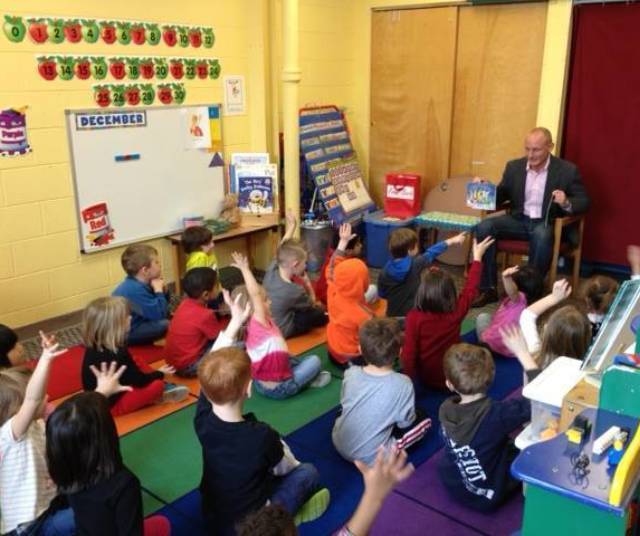 Last week, voters from the River Forest Community School Corp. went to the polls for a second time in five years to support a referendum to increase their property taxes. This was to prevent a fiscal cliff, or $600,000 loss due to the property tax caps that go into full effect next year.

The new action replaced and eliminated a previous ballot initiative that was approved in 2014 with nearly 69% in favor.

This was the highest support for a school referendum in Northwest Indiana since 2009, second only to Crown Point in May 2018. While school finance is no easy subject, it is imperative for taxpayers to understand why the school sought more financial support while knowing the tax caps were on the horizon for 2020.

Although the tax caps were originally passed in 2008 and placed into the Indiana Constitution after a statewide vote in 2010, Lake and St Joseph counties were given an additional 10 years to better handle existing debt obligations.

In 2008, River Forest took on debt to remodel after a school fire.

Even though it is in the best interest of the taxpayers, the school is not allowed to refinance or pay off common school loans early.

While the loans predate the tax caps, the school was also denied the ability to keep two old loans exempt from the caps. Since reasonable solutions could not prevail, asking the community to pay the bill was the only option left.

The way the state is set up, local governments have little taxing authority. They are incentivized to do whatever it takes to keep property values as high as possible to collect more taxes to support basic infrastructure such as fire, police, roads and schools.

While many socioeconomic elements are at play for residential property, a thriving business community is one of the keys to generating such revenues.

Even though East Chicago, Hammond and Gary have always been seen as the deindustrialized core of The Region, they possess assets that generate large tax revenues and have other economic anchors that have been underutilized for decades.

River Forest is not home to any colleges, casinos, steel mills, much less transportation assets like an airport or a South Shore station. When looking at the assessed value of property by school district in Northwest Indiana, East Chicago leads the way at $466,765 per student, but River Forest ranks dead last (23rd) at $96,903.

Unlike other historic communities in Northwest Indiana, River Forest does not have a downtown ripe for gentrification or business development. The district pulls students in from New Chicago along with kids from parts of Gary, Hobart and Lake Station. Because of this, the school system has become the center of the community. Out of 23 public school districts, River Forest ranks 21st in Capital Projects Funding and 20th in transportation.

Despite the lack of resources, River Forest has tried to be a good steward of taxpayer money as it has one of the lowest debt service-to-student ratios in Northwest Indiana. To its advantage, the quality education that River Forest provides has helped it grow from 1,393 students in 2013 to 1,640 in 2018. While this doesn’t seem like much, a majority of the school’s support comes from the state funding formula and is determined by population amongst other factors. At $6,800 per student, small schools need every student they can get to fill seats in classrooms.

Despite being from a poor area, voter chose to double down and continue to invest in their community and support the leadership by teachers and administration at River Forest. They brought the school’s state report card from D up to B in recent years.

With 75% of the student population on free/reduced lunch, the kids regularly outperform their poverty by finishing near the top in state competitions like LEGO Robotics, Academic Decathlon and Spell Bowl. Community pride and strong work ethic has helped these kids overcome adversity. They say it takes a village to raise a child, and River Forest is that small community, making the investments needed to build the next generation of leaders, ready to take on whatever may come their way

Robert Ordway is a 2003 River Forest graduate and Eli Lilly Endowment Scholar. The opinions are the writer’s.