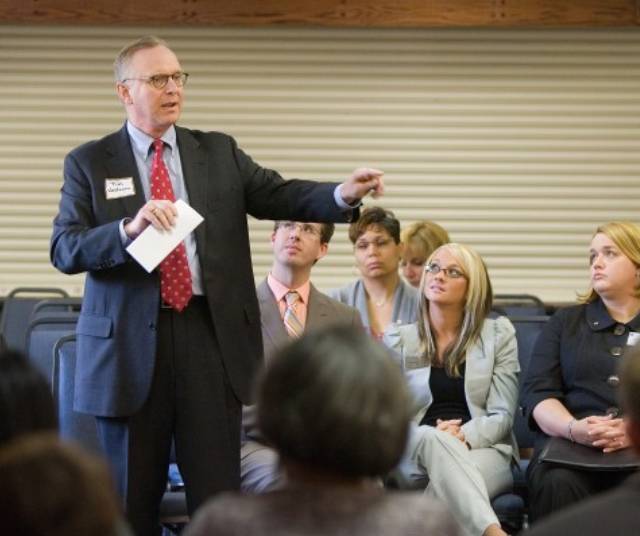 A new political action committee supporting a regional transportation district has emerged, squaring off with an organization that has been campaigning against it since late September.

With less than a week before the Nov 3 referendum, Citizens for Northwest Indiana wants to let the people know there’s another voice out there, said Robert Ordway, PAC chairman, who filed statement papers with the Porter County Voter Registration office Oct. 23.

“I’m about fair and balanced arguments,” Ordway said. “Basically the only voice in Valparaiso was ‘No RTA’ … all these signs. It’s a small group of people trying to be the voice of the people.”

State legislation called for a referendum on creating a four-county regional transportation district.

That entity, if approved, would have authority to levy up to a 0.25 percent income tax in Porter, Lake, LaPorte and St. Joseph counties proportionate to its population and capital projects.

Some refer to the district as the RTA, or regional transportation authority.

Stop The RTA, the other political action group headed by County Commissioner Bob Harper, launched an online campaign through its Web site, www.stoptherta.com, and has been distributing yard signs urging voters to vote no.

Earlier this week, the Porter County Council also came out against the transportation district. Members approved a resolution 5-0 to oppose it and to urge voters to do the same at the polls.

New county income taxes has been one of the biggest arguments for the opposition.

Citizens for Northwest Indiana Treasurer Jeffrey Valles said “the taxes aren’t a guarantee.” “It has to be voted on (by the district). No one can unilaterally impose the tax.”

The regional district will be an “investment to better our future,” Ordway said.

“This is about jobs, period,” he said. “It’s a small cent to pay for a long-term investment for the region and to help us work together.”