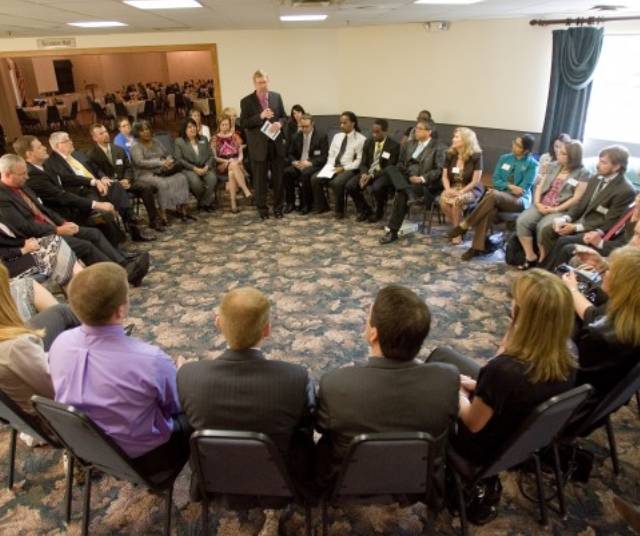 VALPARAISO — The owner of a men’s clothing store has closed up shop and is heading to Washington hoping to make his mark on the world.

Robert Ordway, who owned Rusted Oak Gentlemen’s Boutique, was selected by the Washington Scholars Program for a fellowship at The Heritage Foundation think tank in Washington.

Ordway said he will be doing research and writing for The Daily Signal. He hopes to study energy policy.

“I think it’s time to take my skill sets to the next level,” he said.

Ordway has sold his home in Valparaiso, is moving to Washington and hopes to land a job in President-elect Donald Trump’s administration.

“I think the landscape of Washington will be changing in the next couple of months,” Ordway said.

Ordway served as an intern for Valparaiso Mayor Jon Costas and state Rep. Ed Soliday. During those experiences he “fell in love with policy.”

“I don’t care for politics too much, but I do care about policy and solving problems,” he said.

Ordway previously worked for the Porter County assessor’s office and served on the Valparaiso Board of Zoning Appeals and with the Indiana secretary of state’s office.

He said he is a member of the National Rifle Association, the NAACP, Young Leaders United and the Urban League Young Professionals of NWI.

He is a Lake Station native and earned his bachelor’s and master’s degrees at Valparaiso University.