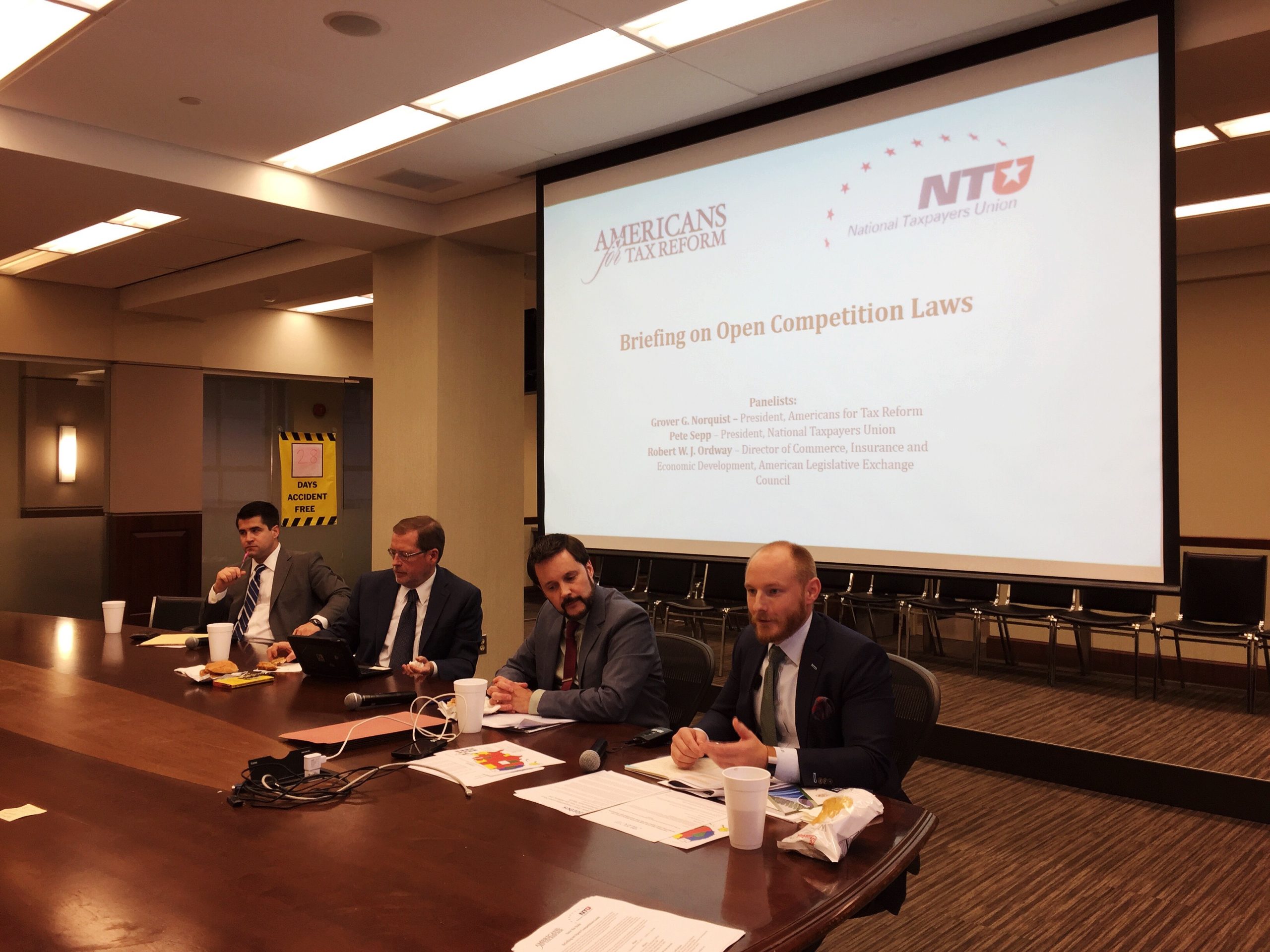 Just months after being hired as a Director at ALEC, I had the privledge to join a panel with Pete Sepp, President of the National Taxpayers Union (NTU) as well as Grover Norquist, President of Americans for Tax Reform (ATR). We presented a brief on Open Competition Laws which focused on American infrastructure and the importance of letting engineers choose the best materials for projects instead of being hamstrung by archaic and inconsistant laws related to standards.