Will frenzy of GOP convention follow Hurricane Isaac to NWI? 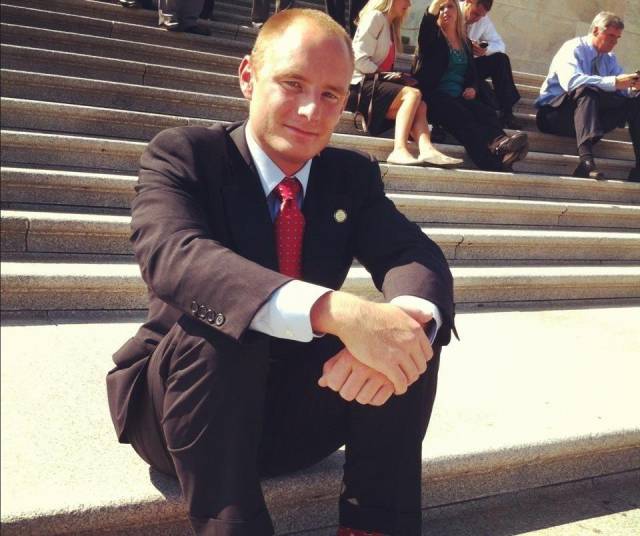 Post-Tribune, The (Merrillville, IN)

On this Sunday, it’s obvious that the rainy remnants of Hurricane Isaac have found their way to Northwest Indiana from Tampa, Fla., where the Republican National Convention was held last week.

But can the remnant hype, promises and enthusiasm from that convention also find their way to this region’s surging Republican Party?

I asked this very question to our region’s Republican delegates, alternates and guests who traveled by bus to Tampa. As you might guess, they returned here re-energized with Election Day just two months away.

“I believe that Northwest Indiana will benefit from the momentum created in Tampa because that momentum is fueled by principles that made this country great, and policies that can solve the deep economic problems that threaten our future,” Valparaiso Mayor Jon Costas replied.

“It is a movement focused not on a personality or rhetoric, but on the spirit and resolve of the American people.”

Robert Ordway, executive director of the District 1 GOP under Chairman Chuck Williams, traveled with the delegates as a guest. Ordway said while there are several “safe seats” for incumbent Republicans and Democrats in this region, he expects a shakeup in county and state races, with more Republicans voted into public office.

“While 2008 was about personality and likability, region voters are now prepared to look at the facts regarding unemployment, national debt and the rising price of food and gas,” said Ordway, who also serves as campaign manager for state Sen. Ed Charbonneau.

“Americans have become wary of the negative campaigning and they just want to hear the facts, whether they are good or bad,” he noted. “The Obama campaign has spent no time talking about its record or accomplishments. Instead, it has focused on a strategy of divide and conquer by promoting class warfare and scare tactics on seniors.”

“Politicians are employees of ours,” he told the cheering crowd. “When somebody does not do the job, we got to let ’em go, OK? Just remember that.”

Northwest Indiana Republicans are hoping voters and supporters here remember the rising frenzy they watched during the four-day convention, including Ann Romney, wife of GOP presidential candidate Mitt Romney. She did her best to persuade swing-state voters that her husband is not a privileged, out-of-touch robot.

“Who better to define Mitt Romney than his soulmate,” said Portage Mayor Jim Snyder, who returned from Tampa via airplane on Friday. “His sons and his wife have all spoke on his trustworthiness. Americans are tired of rhetoric and fancy speeches.”

Snyder probably didn’t need a plane to return home. He could have floated back here, considering how much he enjoyed the convention and its message.

“I’m privileged to have gone,” said Snyder, who describes himself as a “Ronald Reagan Republican.”

Regarding the message he gleaned from the event, “We have a serious financial situation to face in this country. The U.S. electorate is not stupid. They know this, too.”

Ordway said he grew up in Lake Station with a “conservative Democrat, union, working-class family.”

“While I didn’t have much growing up, my parents instilled the values — hard work, discipline and patience — that are needed to reach the American dream.”

He heard similar stories from several other guests at the convention, most of them women and minorities. He’s convinced the wellspring of enthusiasm that showered upon them in Tampa will also reach this region.

“In 2010, several region conservative Democrats voted Republican for the first time in their life,” he said.

He believes a similar trend will continue this year at ballot boxes from Malden to Lowell and from Lake County to Jasper County. Other GOP officials leaving Tampa for their home states and cities also echoed this renewed belief, thanks to the convention.

On a humorous note, I also received this tongue-in-cheek missive from Costas soon after the group of District 1 delegates arrived in Tampa.

“As a nutritionally concerned citizen of Porter County, I suggest you ask Mayor James Snyder about his decision regarding cereal choice for our group,” Costas quipped. “He was given the task of purchasing cereal for breakfast and returned with two boxes of Lucky Charms. This has caused quite a consternation among our delegation.”

Laughs aside, it will take more than lucky charms to rally and enthuse voters in this region, and I’m curious to see if the local Republican Party will indeed reap the wild wind from what took place last week in Tampa.

We won’t know for sure until we arrive in the eye of the ongoing political storm that’s sweeping the country, state by state. It will hit us all, collectively and finally, on Nov. 6, Election Day. Until then, all the promises and propaganda are, to me, just a bunch of hot air.

Will you be attending the Democratic National Convention in Charlotte, N.C., this week? Or will you be glued to its coverage via TV, Internet or radio?

What message should Democrats send to on-the-fence voters in rebuttal to the Republican National Convention?.