Urban League of NWI – Board of Directors 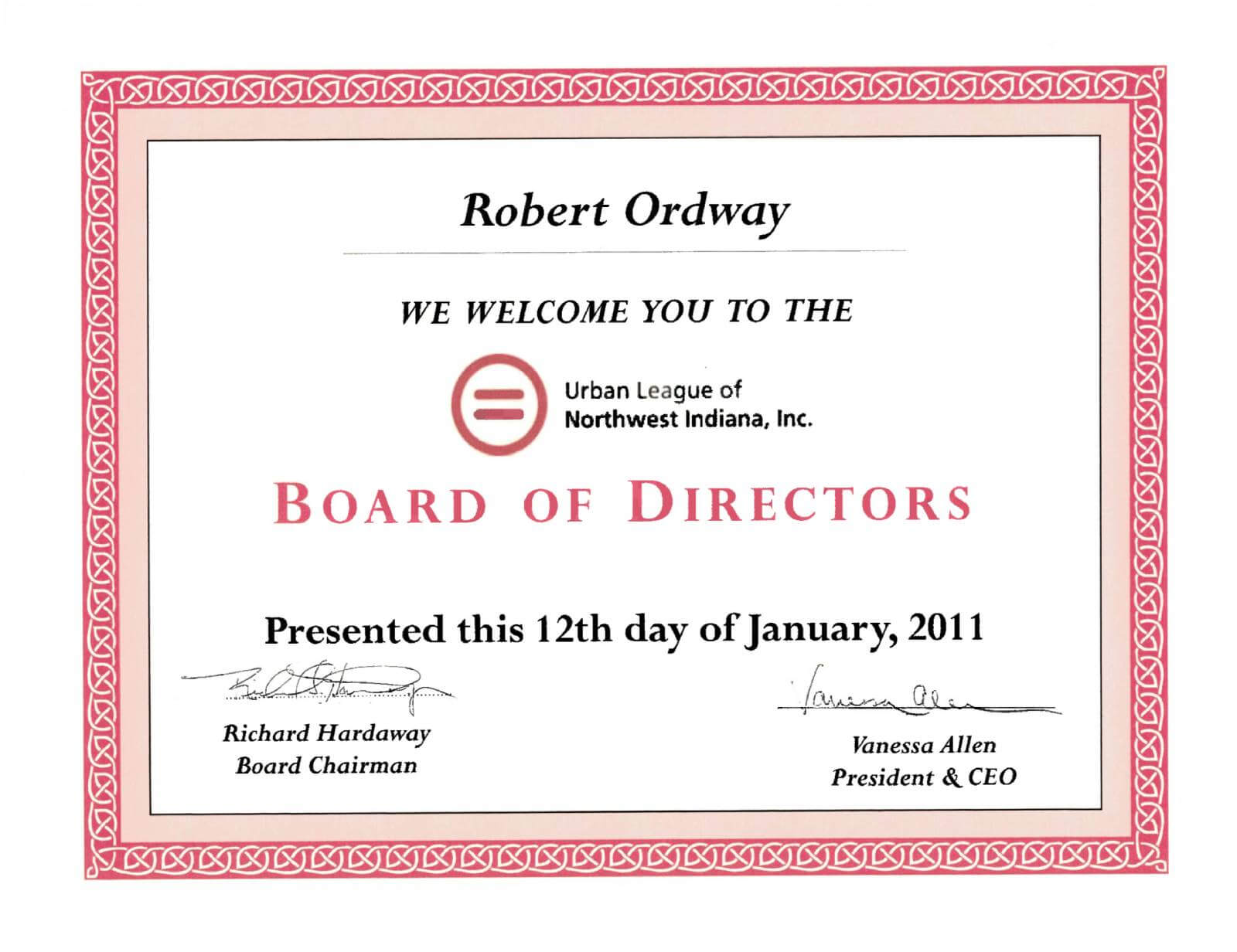 Urban League of NWI – Board of Directors

GARY — It was standing room only Wednesday during the Urban League of Northwest Indiana’s installation of the 2011 board and advisory council members inside the office at 3101 Broadway.

“This will be a broader and more diverse organization serving those in Lake, Porter and LaPorte counties,” Urban League CEO Vanessa Allen said. “We will be behind the definition of what the Urban League is about — education, economic empowerment, health and wellness, civic leadership and civil rights.”

Chairman of the Board Richard Hardaway told the new board and advisory council members that being a supporter of the Urban League of is the “highest level of volunteering in the organization. You are working for the community and the people in three major counties and they are welcoming you to be a part of it all,” he said.

“We want to not only be a pillar in the community, but we want the National Urban League headquarters to recognize us as a prime example of what they stand for.”

Highland Clerk-Treasurer Michael Griffin conducted the 2011 installation ceremony, saying this was a reflection of their progress in the last year since Allen was named president and CEO. “This …

is about forming a more perfect union. It is not about you and me, it is about all of us working together for others. It is about what is in your hearts.” and I know you all are committed to do from the heart, what is best for the community,” he said.