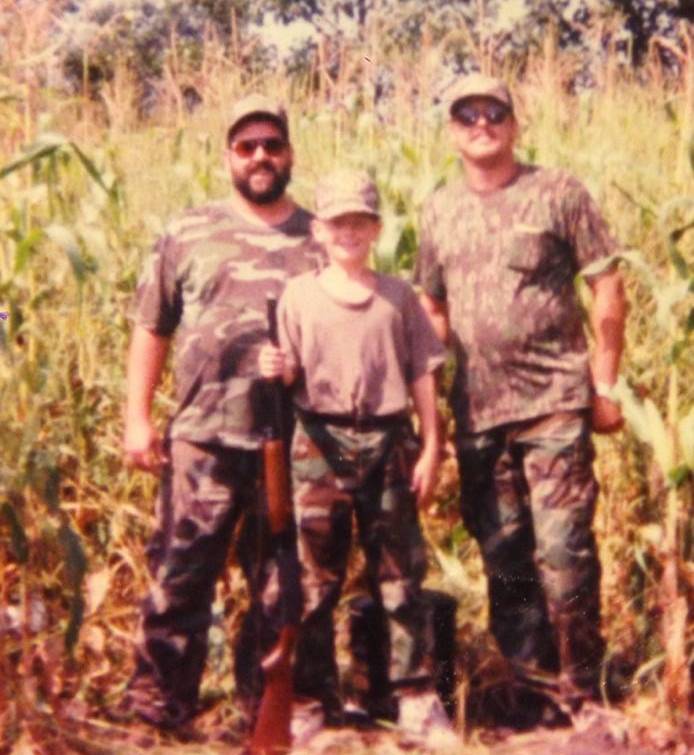 There is no doubt that to this day, my dad is still my biggest hero. If I ever become half the man that he was, I’ll be a great father. I could write a book on the guy and maybe some day I will but for now, I just want to reflect on his parenting and its impact on me.

Although a Babyboomer, he acted much more like a (pre-1944)Traditionalist. As the biggest UK fan residing in the Hoosier state, he still had an affinity for Coach Bobby Knight and his authoritarian leadership style. In fact, his parenting was fairly similar… for better or worse.

I didn’t meet Dad until I was four. He took me in as his own andput more effort into parenting than most. His raised me like his dad before him: with Southern (Western Kentucky) work ethic and values. He said “All a man has is his word.” and used that as a measure of honor and integrity. Dad never saw me as a child and treated me like a man from day one. I started weeding the garden at 7, mowing the lawn at 8, cleaning gutters at 9 and running chainsaws by 10. He taught me how to manage personal finances with a shoebox and various envelopes filled with cash for specific bills. I had more ‘life lesson’ lectures than all of my peers combined.

Because I was an extreme introvert, I was very hesitant to participate in many social activities but dad forced me to get involved with sports. He was the only parent to show up to afterschool practices just to yell at me. He often said that if I wasn’t giving 110%, then I shouldn’t show up. The pressure to perform for him often led to failure, not to mention a permanent Type A personality.

One year in Little League, my Dad was asked to be the coach of the All-Star team. Coincidentally, I made the team that year and everyone suggested it was nepotism. Three out of the four coaches voted for me and he was not one of them. He went far out of his way to show anti-favoritism. I had to run extra laps, the last to bat and was critiqued most. He said that life wasn’t fair and this ‘exercise’ would make me tougher.

Hunting and fishing was where we bonded most. He pushed me into the hobby, shooting my first gun (a 20 gauge single-shot shotgun) in a mint field at the age of 10. I cried afterward. I had the privilege of learning how to drive at the age of 12 on the backroads of Culver,Indiana. Because dad liked his beer, I often drove myself to the deer-stand for early morning hunts around 5am. We had over 15 guns in the house and I never touched them without his permission. That’s trust and respect earned by good parenting.

While Dad was bar-none my biggest critic, he often pulled me to the side and told me how proud I made him. I recall crying with him upon receiving a letter that I was awarded a full scholarship to any college in the State of Indiana – a golden ticket to a kid from the working class.

In reflection, his parenting perfectly prepared me to mentally endure and take care of him during his 5-year battle with Lou Gehrig’s Disease (ALS). It also gave me the mental clarity to understand that God is real and with that, tempering the sword requires fire.

When my hands became idle, he often said “Son, do I need to light a fire under your ass?”, to which the answer was always, “No sir.” I now wake up at 4:30am like clockwork to hit the gym, work and lead in my community by sitting on 5 different government/non-profit boards.

Without a doubt, Dad still motivates and inspires…